Calm, placid and experienced, she pays close attention to those who come into contact with her, and in particular their body language. She is highly intelligent. After just three days of training, she was ready to embark on her new nomad life. She has bravely assured her role and remained faithful, despite her changing travel companions (Céline, then Kitty, and now Champ).

Frog is an “appaloosa” mule. I’ve never known her real age, which varies from single to double figures depending on the vet! She joined the "Serenity Acres" horse home in Silver City following the death of her previous owner. She provided 6 loyal months of riding lessons for young riders and is now starting off on a new adventure. 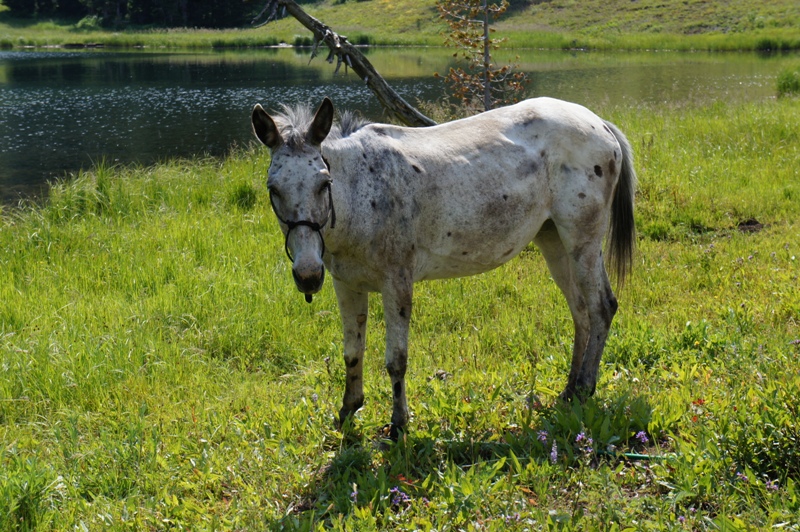 Frog was a calm and placid travel mate until we arrived at the Canadian border. She was then adopted by Paula, who renamed her Angel, cherished and spoilt her until she died from an intestinal tumor in January 2014. Frog, you were definitely my Trail Angel.