Unfortunately, Kitty had to leave the team on 13 June 2012 after a short week of travelling together: she damaged her muscles and broke a tooth in a struggle on the snow in the San Luis pass north of Creede (Colorado).

Thank you Kitty for your kindly disposition and bravery during the short time we spent together. 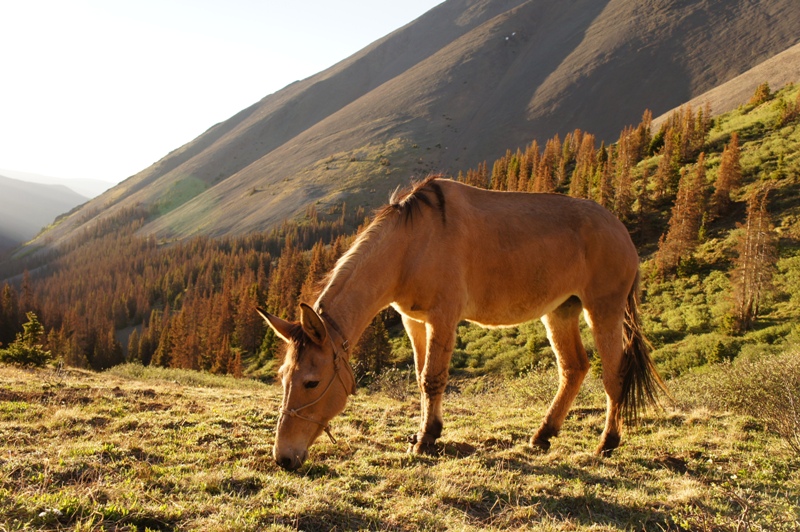 She was adopted by Paula and lived happily in Albuquerque (New Mexico) until she died of natural causes in January 2013. Living with two other donkeys was wonderful for her and she became the Queen of the Donkeys!